What is the network?

Home > CEI AA Network > What is the network? 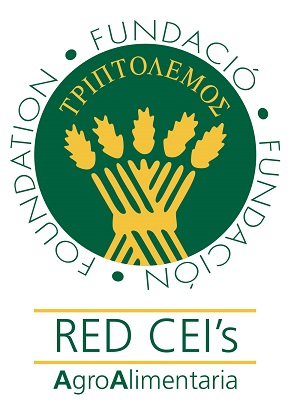 On February 15, 2013, the Campus Network of Excellence with agri-food activity was established in Madrid as a Working Commission of the Private Foundation Triptolemos for the Agri-food Development. The NETWORK is governed by the provisions of a regulation of internal operation, and by all those agreements that are taken in the Board of Trustees of the Foundation, and by the rules of operation of the Management Committee of the Network.

The Triptolemos Foundation acts as a meeting platform, which generates synergies and facilitates actions and actions in the field of agri-food, and according to article 19.4 of the Statutes of the Private Foundation Triptolemos empowers the Board of Trustees to create Special Councils And Work Commissions to develop the foundational activities.

The NETWORK is open to all Spanish CIS who voluntarily join, through the appropriate request, and whose universities are part of it, or have initiated the procedures for their incorporation as members of the Triptolemos Foundation. The Spanish Network may, in agreement with the Board of Trustees, incorporate as linked members those European or International Campus of Excellence that, under official programs analogous to those developed by the Spanish Government (for example the Campus Program in France or Initiative for Excellence in Germany) have similar structures, objectives and functions.

The Executive Committee of the Triptolemos Foundation, approved to present to the Board of Trustees the proposal made by the University of Barcelona to articulate within the Foundation a Spanish Network of Campus of International Excellence (CEI) Agroalimentarios, in advance the NETWORK, where all The Spanish Campus of International Excellence, hereinafter CEI, promoted by the Government of Spain since 2008, which had relevant activities in the agri-food sector.

The Network is initially constituted by the coordinating Universities of each CIS, members of the Foundation, representing the promoters of the Campus of International Excellence.

The Foundation pays particular attention to the fact that all centers, institutes or university research groups related to the agri-food system belonging to universities promoting CEI are represented by their own CEIs and, where appropriate, identified and incorporated in the Foundation’s register.

The main mission of the NETWORK is to help the articulation of the global agrifood system defined by the Foundation from four macro-areas of areas or environments of action (availability, economy, politics and know-culture) and its three macro protagonists Generators of knowledge, society through citizens, and companies), through the Triangle of Knowledge (education, research, innovation) developed by the Network.