Does anyone know what ultraprocessed foods are?

SECRETARY OF THE TRIPTOLEMOS FOUNDATION 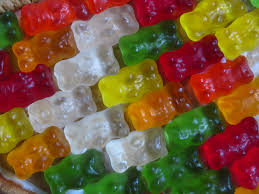 According to the Dictionary of the Royal Academy of the Spanish Language: Process: “subject a product to a physical, chemical or biological transformation.” Ultra: “that extreme and radicalizes”.

The citizen knows that conservation processes ensure the supply of food. There are few occasions when we can have an unprocessed product. Since the beginning of humanity, one of the objectives has been to ensure the supply of food. About ten thousand years ago, the domestication of plants and animals was the first step towards an organized and modern agriculture that allowed us to lay the foundations of our civilization. For more than two million years, man’s main daily concern was the search for food, but this system prevented settlements and hindered reflection and engaged in other activities.

Without technology it is very difficult to ensure the supply of food to a growing and mostly urban world population, and with the challenge of reducing losses and waste. Today, most fruits and vegetables come to us after a refrigeration process. There are processes that have evolved from prehistory (for example sun drying) to the 21st century (lyophilization or sublimation drying) and other new ones such as high pressures or ohmic sterilization. All of them designed to improve safety and quality in the food supply.

Recently the term “ultra processed” has emerged, a term that not only appears in social networks and other media, but is also used by teachers of nutrition schools and even health department officials.

The citizen, whose criteria around the concept of “ultra processed foods” coincides with the RAE Dictionary, imagines with it more energetic treatments than the real ones, with a great destructive effect of the components and toxic generator. But if we deepen the concept, it turns out that we face a new “fake new” food and, as such, it leads to confusion and to reduce the tranquility and confidence of the citizen when deciding and organizing their food. So we ask ourselves: what are “ultra processed” foods?

Let’s take some definitions from their own disseminators:

They are those that are made from previously processed foods and therefore do not contain fresh foods. Additives are mostly found in its composition. Examples: biscuits, jams, sugary drinks, juices, snacks, ice cream, ready-to-eat foods (text taken from a final degree project in human nutrition and dietetics of a Spanish university).

We see that common sense can lead to innumerable considerations and many doubts, due to the confusion of the definitions that lead us to ask:

What are the normal processes? It is intuited, but not clarified, that they are the ones that stabilize a single product, such as milling wheat or sterilizing milk, among others. But what if there are two products, for example some canned vegetables, a fruit salad, some breakfast cereals …?

There is no serious definition of what an “ultra process” is. In fact, the only operation described is that of a simple mixture of other products (it is very curious to point out NOVA in the sense that they must be a minimum of five, how is it justified?). Thus, it turns out that if several vegetables are dried in the sun and then mixed so that when rehydrated we obtain a vegetable soup, we find ourselves, according to the definition, in front of an “ultra-processed” food, which turns out that it already existed in medieval times !

With what is seen, we want to define a process, but the composition of a mixture, that is, of several processed foods, is being described. Being a mixture, the identity of the ingredients, their quality and the possible additives that can be used, as well as the control of the applied technology, is strictly regulated by the authorities based on very exhaustive and revisable scientific dossiers. The level of additives and other regulated substances is fixed by the total contributed by the different components.

We face a food consumption that is in emotional crisis. More or less always it has been, because the feeding has many connotations. But today, the rapidity in communication makes it more evident, visible, difficult to contrast, vulnerable to misinformation and confusion of the citizen, who has serious difficulties in looking for credible and proven references.

Concerns and fears such as those generated by the confusing concept of “ultra-processed” should lead us to several reflections, among them, sensitize the scientific world (toxicologists, technologists, nutritionists, dietitians …) of their responsibility to achieve consensual definitions based on proven scientific (not to be confused with just working hypotheses or assumptions), with an understandable and transparent wording for the average citizen, and then administrations and the media must apply and disseminate.

Official statistics show that we have never had such safe foods in human history and that we have increased life expectancy, but it turns out that citizen distrust grows. Confusion, fake news, half truths … don’t help.

Let us contribute from all institutions, and all persons linked to any of the multiple aspects of the food system, to transmit confidence in responsible companies and administrations, which every day seek to feed a growing population with limited resources. And yes, as citizens, let’s be critical and demanding, but responsible and above all don’t get confused.