THE MANAGEMENT OF MILK FARMS IN THE NEW SITUATION WITHOUT FEES 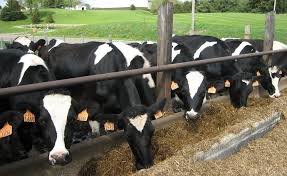 THE MANAGEMENT OF MILK FARMS IN THE NEW SITUATION WITHOUT FEES

Posted at h in Agri-food policies, Economy by

Since 2007, milk farms have faced a new situation with more variable milk prices and a significant increase in concentrates, fertilizers and energy, which contrasts with the previous situation: a relatively low milk price Stable and favorable with respect to concentrates.
The causes of this new situation were the changes in the Common Agricultural Policy and a sharp rise in oil prices, which was compounded by the increase in food consumption by developing countries. Milk went from having a regulated market through quotas controlling production and indirect price support measures to being deregulated and thus at the mercy of the international market, which was always very unstable. In addition, the rise in the price of oil did not only affect the price of energy but also that of fertilizers and concentrates, using part of its raw materials for the manufacture of biofuels.
Since the end of the quotas, in April of last year, we are witnessing a crisis of low prices, as the two forecasts that were used as the basis of the justification for its elimination were not fulfilled: that the increase in production was going to be Moderate and that, moreover, would be exported for the most part to the international market. In fact the increase in production was higher, especially in northern European countries, and less than a third was exported, which resulted in a deterioration of prices in the European market.
The decline in oil prices in the last two years caused a relative drop in energy, fertilizer and concentrate prices, albeit at a more moderate pace than oil. The latest studies on the prospects for the coming years point to an average price of milk of 0.34 euros / kilo in the period from 2017 to 2025, but with a high variability of up to about 6 cents on that average value, as well Such as prices of concentrates similar to the current ones but also subject to the abovementioned instability, which may give rise to periods of more favorable prices followed by other unfavorable ones either by low prices of milk or by high prices of concentrates. Under these conditions of greater variability it is advisable to pay more attention to the monitoring of economic results in order to study their alternatives for improvement and the possible effects of new investments before they are executed. To this end we will present our reflections on the management of exploitation in the new situation without quotas, which are based on the experience accumulated in a group of technical-economic management with which we have been working the last ten years. This project is funded by the Triptolemos Foundation, of which Nestlé Spain and the University of Santiago are the patrons, thanks to the collaboration of the breeders, all Nestlé suppliers. We will start with a summary of the effects of changes in prices on the economic performance of farms over the last few years. We will then focus on a more detailed study of the results of the last three years for a constant group of We will conclude with conclusions on the key factors in improving the results.
Link to read the full article