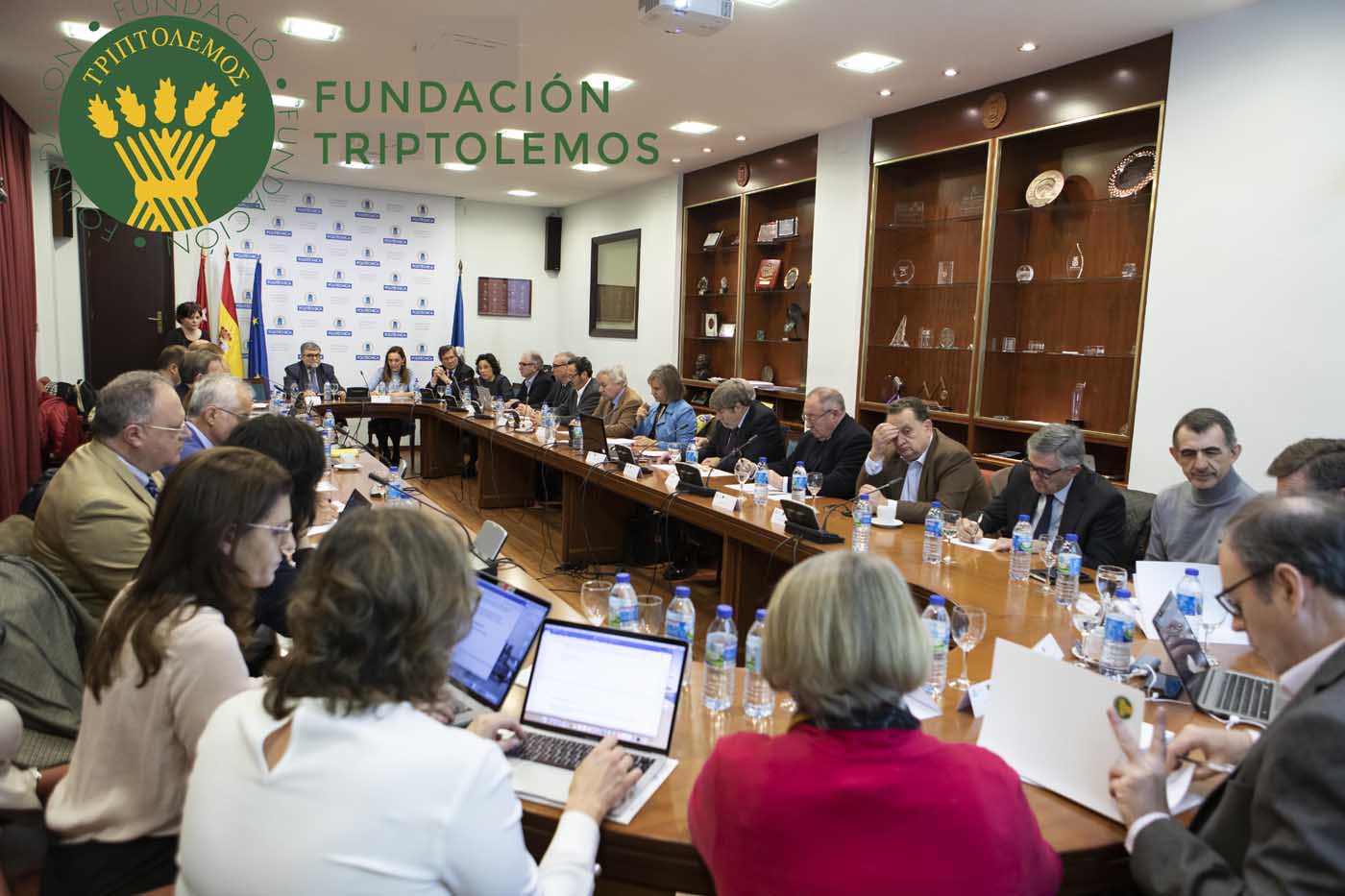 The UPM has hosted the meeting of the Tripatolemos Foundation Board of Trustees, which brought together more than thirty representatives from the most important Spanish universities on food issues, companies, consumers, food banks and institutions (CSIC) from all over the world, representatives of the food system . The meeting was attended by its president, José Mª Sumpsi (former deputy director general of FAO), the vice presidents of the Foundation, José Luis Bonet (president of the Chamber of Commerce of Spain) and the rector of the UPC, represented by Jordi Berenguer, vice chancellor of transfer, knowledge and research. The rector of the UPM, Guillermo Cisneros and the rector of the UCO, José Carlos Gómez Villamandos, president of the R & D Sector of the CRUE and CEIA3, have chaired the previous meeting of the RED CEIAA.

Among the topics discussed have been the ongoing and future activities, among them: the Triptolemos Foundation Declaration on false news and recommendations in the field of food, with more than 100 signatures of adherence of rectors, scientists and their institutions, in defense of science and against the fake news, of the participation in the Alimentaria and FoodTech Barcelona 2020 shows, interview programs and presence in congresses, the mobility aids of doctors, the international projection of the activities of the Foundation, the relations with the companies, the activities of the UNESCO Chair on “Science and innovation for sustainable development: production and global food security” of the Triptolemos Foundation with the UNED, and a video has been presented around the vision of the food system and the Objectives of Sustainable Development, the organization of the “International Congress of Digital Agriculture and Food System Global “, among others.

The Triptolemos Foundation since its creation in 2002 develops a global vision of the food system and focuses its efforts on its dynamization and the creation of trust, with the conviction that a sustainable and balanced society (Sustainable Development Goals of the United Nations), not It will be possible without a global, sustainable and socially balanced food system, and it is open to all incorporations that share its objectives.