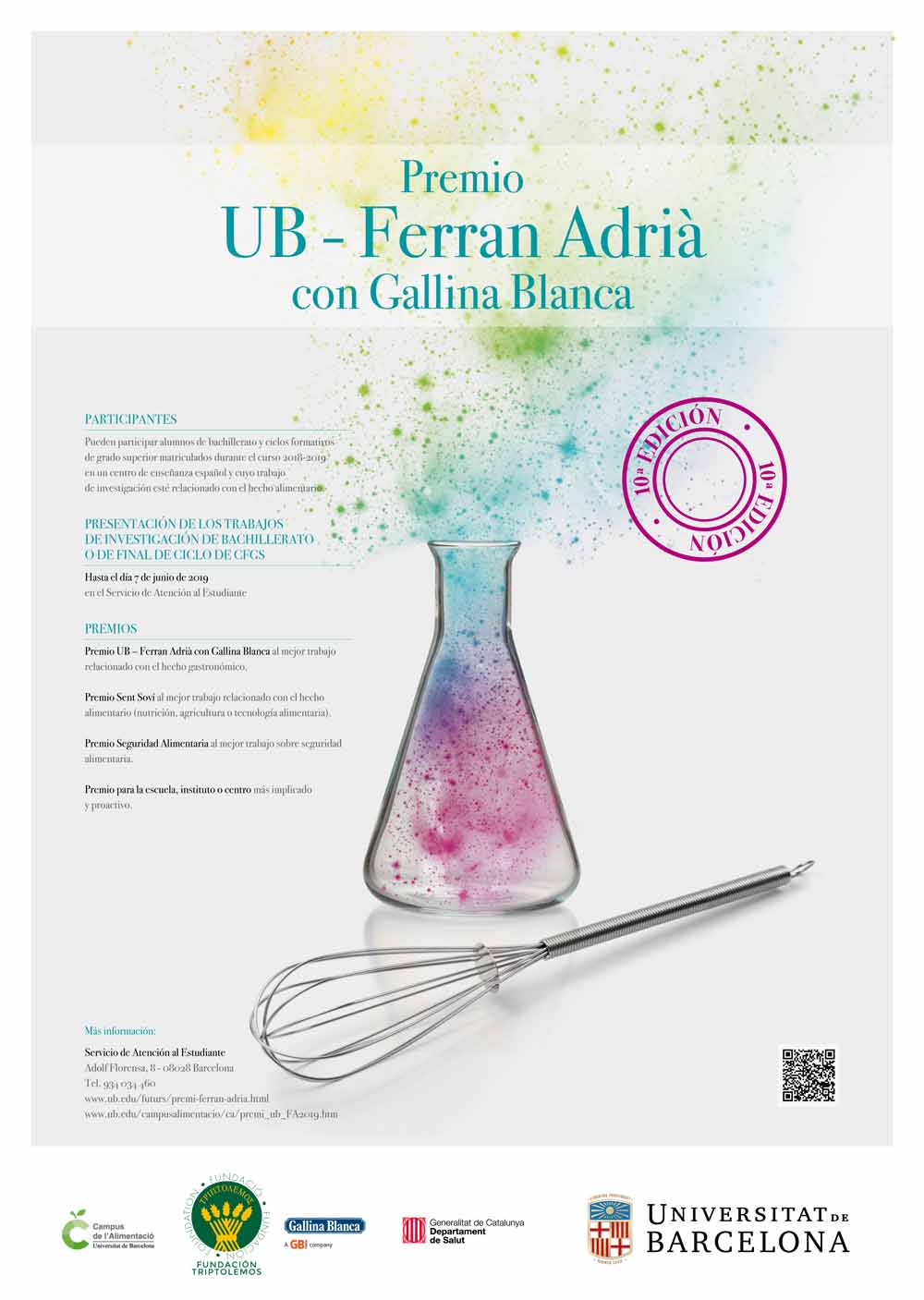 Posted at h in Culture, Fundacion by

In order to promote the studies of Human Nutrition and Dietetics and Food Science and Technology among high school students, as well as to encourage high school research that links the different sciences with the daily realities of food and gastronomy , the University of Barcelona has been calling, since 2009, a prize for research work in high school and higher education courses that deal with aspects related to nutrition and the world of food.

Deadline for submission of papers: until June 7