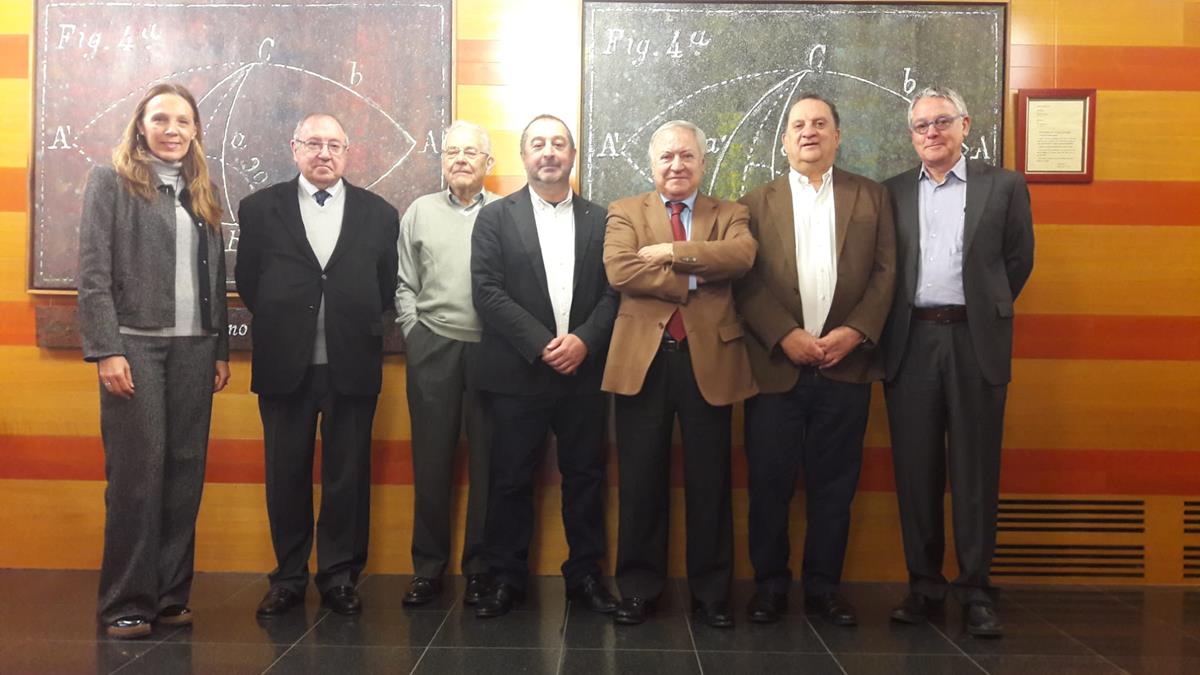 Last December, the steering committee of the Triptolemos Foundation for agri-food development met in the Rector’s Building of the Polytechnic University of Catalonia. It is made up of a group of companies and universities representative of the food system, including the UPC, attended by its rector D. Francesc Torres, José Manuel Silva and D. José Luis Bonet, vice-presidents of the Foundation, and its President D. Josep Mestres. Triptolemos Foundation for agri-food development contributes with its actions to an adequate articulation of the food system, in the conviction that there cannot be a sustainable and socially balanced development if, at the base, the global food system does not maintain balance and trust between its actors.The committee aims to boost the issues that will be transferred to the board meeting. The Triptolemos Foundation, focuses on the future perspective with a global system vision, from science, production, sociological environment, training, as well as including cultural and economic aspects that are related to the objective that every citizen has a Sufficient and quality food. It is an integral vision, obtained by the plural range of its members, who work to dignify and correctly promote all aspects of the food fact and is open to new incorporations who want to share their philosophy. The Foundation has an Honorary President D. Federico Mayor Zaragoza, and a President D. Josep Mestres, as well as three vice presidents D. Francesc Torres, rector of the UPC, Mr. José Manuel Silva (UNESCO Director General from 1987-1999 ; Deputy Director General of FAO 2007 – 2011 Director General of Agriculture and Rural Development, Director General of Research and Director General of the European Commission respectively) and Mr. José Luís Bonet, President of Chambers of Commerce. His strategic vision of the food system, It has earned him the recognition of UNESCO with the award of the Chair: “Science and Innovation for Sustainable Development: Global Food Production and Safety” with the UNED. The UNESCO Chair is a brand of international prestige. There are few Chairs worldwide granted in agrifood issues specifically, and only those developed around sustainability and food production. Also the Campus of International Excellence Network with agri-food activity of Triptolemos Foundation contributes to the task of converting the knowledge in economic and social value, through economic agents and research groups.