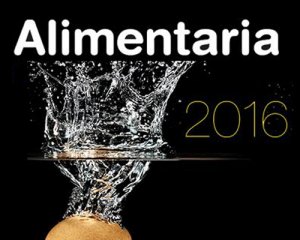 After four days of intense trade fair activity at the Fira de Barcelona Gran Vía venue, Alimentaria revalidates its status as a reference event for the agri-food sector and its position among the most important food events in the world. More than 140,000 professionals visited the show, the attendance of international professionals has broken all records with more than 44,000 visitors from 157 countries and exhibitors from more than 50 countries.

ALIMENTARIA, world fair and biannual food, began its journey 40 years ago by the vision of a group of businessmen and government officials who intuited, because they had probably read and understood the history, the strategic role of food in the operation of the society, both in the level of availability for the citizen, and the trade of food products between peoples, in fact already the basic trade since antiquity.

The fair began its journey with a commercial focus and opportunity to present products in the market. But its evolution has also led it to be a social exponent of the food issue and a forum for discussing the hottest issues and trends. Strengthening its basic pillars of growth: internationalization (Asia, the United States, Latin America and Europe), innovation, gastronomy and sector specialization. And adding to its commercial aspects an interesting debate on the current and future challenges of the sector and its possible solutions by the hand of various experts and various activities. The event has hosted congresses, conferences, workshops, presentations, debates, more than 10,000 meetings between exhibitors and international buyers, training seminars …, making Alimentaria an international benchmark event, showcase of food trends and the most innovative products. Contributing all this to strengthen the food sector as the main industrial sector of our country and the main employer. , thematic areas, geographical area and institution with the aim of transforming knowledge into economic and social value. He also organized the conference-debate: Where is the Global Food System ?: Business strategies, which included the participation of Professor Plinio Nastari, organizer of the Global Agribusiness Forum 2016 and Professor Tassos Haniotis, director of Economic Analysis of the General Directorate of Agriculture of the European Commission. He organized guided tours of a group of researchers from all over the Spanish geography with the aim of contributing to the closeness of science and technology from universities to the business sector and participated in the jury of the Innoval Awards.

After the 2016 edition and with the tranquility of the reflection on what happened, we will transfer to the reader, apart from the description of the intense main objective economic activity of a fair, some points of permanent current in the variety of areas that the food system covers.

But the future of food is not just about product innovation and nutritional knowledge. The society knows, absorbs and practices this knowledge through the prescribing scientists but also through the chefs and their activity in the restoration. Gastronomic pleasure is a good complement to scientific knowledge. And in this respect the great chefs-chefs recognized gave their voice in meetings and demonstrations. To solve the problem of the future we rely on science and technology, democratically directed, we must also make it valid for our diet, adding in this case a few drops of culinary hedonism.

Not forgetting the commitment for the recovery and use of surplus food and beverages from the Hall: the Food Bank Foundation with the support of its volunteer staff, collected more than 30,000 kg of food and Nutrition Without Borders was responsible for the collection of food perishable Ecovidrio recycled more than 25 tons of glass containers consumed during the event.

ALIMENTARIA was more than just a trade fair. It was really a great choral concert in which several voices gave their tone on the same score: the food fact at the service of the citizen. We heard the voices of scientists, innovators, elite chefs, producers in their various ways of presenting the reality of knowledge, based on the beliefs and preferences of citizens. It may seem that they sound harmoniously, but no. The message was that of the variety and strength of the food world. But this building can be protected with a good education of the citizen who can distinguish between the fundamental and the accessory.

Triptolemos Foundation for agri-food development since 2002 collaborates in the optimization and articulation of the functioning of the food system, so that it results in greater availability and quality of food, in confidence and dignity, in an environment of global sustainability, in the conviction that there can be no sustainable and socially balanced development if, at the base, the global food system does not maintain a balance between its actors.